A month ago, I had the privilege of sitting down to a meal with author, Robert Dugoni. It was during my time on Bainbridge Island and I was invited by a writer friend. He said something that I keep thinking about. He said that he wrote a book and sent it out to agents. He got rejection after rejection. He put all of the rejection letters up on the wall, and then sent the query or manuscript out again. Well, one day he was looking at the rejections on the wall and noticed something. Many of the rejections had hand-written notes on them and many of them said the same thing. I don't know exactly what it said, perhaps something about the plot or characters. Finally, with that information, he went back and revised his manuscript. And it sold!

That story made me think. Do you think putting up all your rejections would work for you? Do you think it's negative? Do you think it would spur you on to that final celebratory acceptance? ~Karen
Posted by Karen Fisher-Alaniz at 10:05 AM

Though my writing skill is good my paragraph is not enough. I have observed lots of sites to get tricks but not satisfied. The verbose sentence generator is really requisite for my writing to make the sentence longer. http://www.articlerewriters.org/choose-our-best-article-rewriting-online/ finding the review about these apps are also worthy.

To get a higher number in the exam script subject, the verb should be placed in the right place. So teachers would like to give handsome numbers. The 7 ways to check the verb quickly idea gives me the platform to increase my adroit. important source ideas here to increase the skills of writing.

I was looking for getting the best grammar checker software. A week ago I get this software and star to use in working time. The results really surprising. My boss now happy with me of my error-free conversation. click here for more info to get a good writing service for your next task.

This morning We understand this software program as well as celebrity to make use of within operating period. The outcomes truly get more Information astonishing. The personal employer right now pleased with me personally associated with my personal error-free discussion.

The private company at this time happy with myself related to my own error-free dialogue.Today All of us appreciate this software package in addition to celeb to utilize inside working time period. The outcome genuinely haveread more Info amazing.

Welcome to my Blog 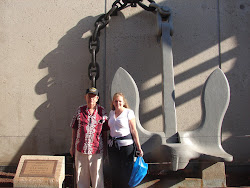 My memoir, Breaking the Code, follows the journey of a father who suddenly begins having nightmares 50-years after the war and the daughter (me) who sets out to help him.

I truly believe that:

Everyone has a story worth telling, and a story worth listening to. But we are waiting for the perfect time to write that story; after the kids are grown, when work isn't so crazy or when life slows down a bit.

For some of us, that perfect time will never come. None of us are promised tomorrow and while we wait for the perfect time, our time with our loved ones just may run out.

Write Now - Because it's Later than you Think! ~Karen